Researchers at the Massachusetts Institute of Technology (MIT) have developed flexible and transparent graphene-based solar cells, which can be mounted on various surfaces ranging from glass to plastic to paper and tape. The graphene devices exhibited optical transmittance of 61% across the whole visible regime and up to 69% at 550 nanometers. The power conversion efficiency of the graphene solar cells ranged from 2.8% to 4.1%. 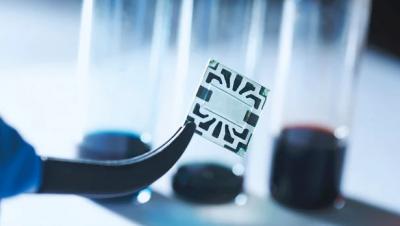 A common challenge in making transparent solar cells with graphene is getting the two electrodes to stick together and to the substrate, as well as ensuring that electrons only flow out of one of the graphene layers. Using heat or glue can damage the material and reduce its conductivity, so the MIT team developed a new technique to tackle this issue. Rather than applying an adhesive between the graphene and the substrate, they sprayed a thin layer of ethylene-vinyl acetate (EVA) over the top, sticking them together like tape instead of glue.

The MIT team compared their graphene electrode solar cells against others made from standard materials like aluminum and indium tin oxide (ITO), built on rigid glass and flexible substrates. The power conversion efficiency (PCE) of the graphene solar cells was far lower than regular solar panels, but much better than previous transparent solar cells. This is a positive advancement, obviously.

Efficiency is often a trade-off from the graphene solar cells being flexible and transparent. In that regard the cells performed well, transmitting almost 70% of the light in the middle of the human range of vision. Hopefully the numbers will continue to improve. According to the researchers' calculations, the efficiency of these graphene solar cells could be pushed as high as 10% without losing any transparency, and doing just that is the next step in the project. The researchers are also working on ways to scale up the system to cover windows and walls.