A study led by SISSA (Scuola Internazionale Superiore di Studi Avanzati), in association with the University of Antwerp (Belgium), the University of Trieste and the Institute of Science and Technology of Barcelona (Spain), reports the phenomenon of ion trapping by "graphene carpets" and its effect on the communication between neurons. The researchers observed an increase in the activity of nerve cells grown on a single layer of graphene. Combining theoretical and experimental approaches, they have shown that the phenomenon is due to the ability of the material to 'trap' several ions present in the surrounding environment on its surface, modulating its composition. 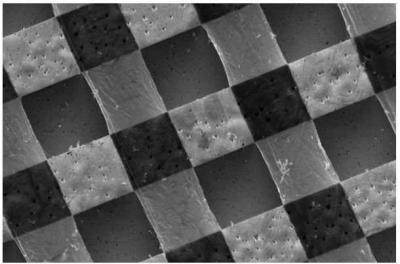 The researchers analyzed the behavior of neurons grown on a single layer of graphene, observing a strengthening in their activity. Through theoretical and experimental approaches, the researchers have shown that such behavior is due to reduced ion mobility, in particular of potassium, to the neuron-graphene interface. This phenomenon is commonly called ion trapping, already understood at the theoretical level, but observed experimentally for the first time only now.

"It is as if graphene behaves as an ultra-thin magnet on whose surface some of the potassium ions present in the extracellular solution between the cells and the graphene remain trapped. It is this small variation that determines the increase in neuronal excitability," says Denis Scaini, a researcher at SISSA who led the study alongside Laura Ballerini.

The study has also shown that this strengthening takes place when the graphene itself is supported by an insulator, like glass, or suspended in solution while it disappears when lying on a conductor. "Graphene is a highly conductive material which could potentially be used to coat any surface. Understanding how its behavior varies according to the substratum on which it is laid is essential for its future applications, above all, in the neurological field. Considering the unique properties of graphene, it is natural to think, for example, about the development of innovative electrodes for cerebral stimulation or visual devices," says Scaini.

The team reports a double outcome in this study - Laura Ballerini says, "This 'ion trap' effect was described only in theory. Studying the impact of the technology of materials on biological systems, we have documented a mechanism to regulate membrane excitability, but at the same time, we have also experimentally described a property of the material through the biology of neurons."