» First Graphene to work with TRP2 on commercialization...

First Graphene (FGR) has announced that it has agreed with TPR2 and its Australian distributor Exfire to work on the commercialization of a fire retardant coating utilizing FGR’s PureGRAPH. 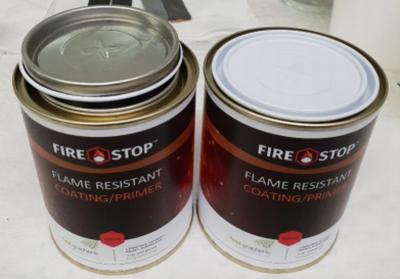 First Graphene holds the global licensing rights to a graphene-based fire-retardant coating from the University of Adelaide (UoA). Development of the FireStop product has been conducted over a three-year period in collaboration with the UoA, as part of the Company’s participation as a Tier-1 member of the ARC Research Hub for Graphene Enabled Industry Transformation. Patents have progressed to National Phase and are in the examination phase in Australia, Europe and the United States of America.

Following the successful development of a fire-retardant coating formulation, the product was tested according to the UL941, Limited Oxygen Index (LOI), adhesion and weathering standard test methods with simultaneous testing of commercially available products.

Performance in the UL94 and LOI test were evaluated in relation to the thickness of coating required for effective fire protection against commercial products.

The UoA has continued development work on FireStop using FGR’s graphene as the primary ingredient after confirming it is well-suited for the purpose. Test work has involved extensive bench scale tests for the preparation of FireStop solutions at different graphene concentration levels.

The Company will now work with TPR2, and its Australian distributor Exfire, with the intent of completing due diligence and moving towards commercializing FGR’s PureGRAPH in this new fire-retardant coating technology.