China-based manufacturer CKCOM has launched an Indiegogo crowdfunding campaign for Alien Earbuds, offering an affordable but high quality alternative to more expensive true wireless earbuds on the market. Alien earbuds feature graphene-enhanced drivers, 4.5-hour playtime, built-in mic for hands-free calling, and multi-touch button for important gestures, and more. The campaign has already reached $15,498 USD at the time of writing, which stand for 77% of the $20,000 (flexible) goal, with a month left to go. 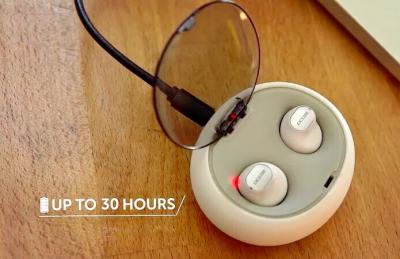 According to the company, the graphene drivers are "lightweight yet sturdy enough to conduct clear highs, crisp mids, and resonant bass". Graphene prevents unwanted sound distortions that come with standard audio drivers. CKCOM defines the Alien earbuds as "the first pair of true wireless earbuds that offer premium features at the lowest price on the market. Alien Earbuds have all of the bases covered: they're perfect for exercising, traveling, and working out".

CKCOM states that the product is commercially-ready and promises shipping by Christmas. It said "this is not our first time mass-manufacturing a product. We've already paid for fixed costs, including the molds, so there is little to no risk in manufacturing this product. The money you pay in crowdfunding will go toward the cost on each additional unit that we produce and ship to you". Early buyers can get the product for $89 instead of $150. 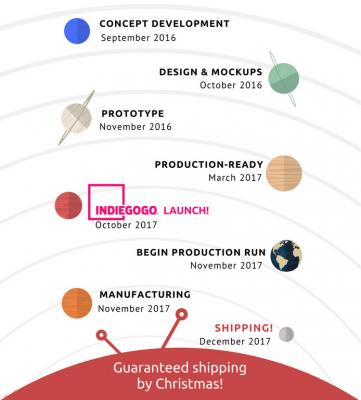 There is great interest in graphene-enhanced audio equipment at the moment, with examples like the Liberty+ as well as Ora’s new GrapheneQ headphones. In addition, China-based FiiO Electronics launched new in-ear monitor earphones, the FiiO F3, that make use of a graphene-enhanced diaphragm driver and several other companies and research teams are also known to be working on developing graphene-based audio equipment.

Stay away from these. Nobody should buy them. I have 3 sets with very poor connectivity. On their website they speak of unbreakable connectivity, but bluetooth connection is the worst ever! . Quality sucks and no customer service. Save your money and get something else. I've sent 20 emails and no answer. No customer support or warranty. FRUSTRATED!! NOBODY SHOULD BUY THESE!