Update: Our sources in china say that it is highly unlikely that this battery actually has any graphene materials in it...

Chinese battery manufacturer Chaowei Power launched a new version of its Black Gold battery — a lead-acid battery that reportedly uses graphene as an additive. The company states that the battery resistance is reduced by 52% and that performance of the battery in low temperature operations has been greatly improved. 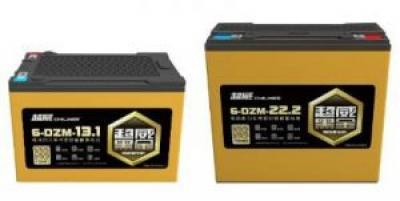 Following its structural update, the company says its total discharge time is 90 minutes compared with 65 minutes for a standard lead battery, and it offers 610 cycles at 100% depth of discharge as opposed to 400. “Graphene plays an important role in improving performance for lead acid and lithium ion batteries,” said the company reporesentative. “For example, in lead acid batteries, the use of graphene is envisaged as offering benefits in its high intrinsic electrical conductivity and being extremely lightweight, chemically inert and flexible yet with a large surface area". “The presence of graphene in the electrodes improves the electrical conductivity between the particles of the active mass through preventing thickening and the growth of large lead sulfate particles."

This statement follows a number of reports out of China regarding graphene-enhanced batteries, like Beijing Carbon Century Technology's graphene-based Li-ion batteries, for example. While interesting, it remains unclear what exactly the role of graphene is in these, if any.